As the so-called “Bache” or Bachs, Johann Sebastian Bach’s ancestors and relatives dominated Erfurt’s music life in the 17th and 18th centuries. In the free imperial city of Erfurt, their surname became synonymous with their vocation. Erfurt was considered the central educational city for the Thuringian Bach family. This is where the young generation perfected its musical crafts. Many members of the “Bach clan” remained here. In the Kaufmannskirche alone, 61 children of the Bach family were baptized, and twelve couples were wed during this period. Several of them were also buried at the old cemetery or “Gottesacker”.

The sons of the Wechmar baker and city piper Johannes Bach (died 1626), Johann and Christoph, mark the beginning of the rising musicians’ dynasty in Erfurt. For almost 40 years, Johann Bach was the organist at the Predigerkirche and St. Johannes. With him, the direction of the guild-like organization of the city and council music program was put in the hands of the Bach family. It was inherited over many generations. 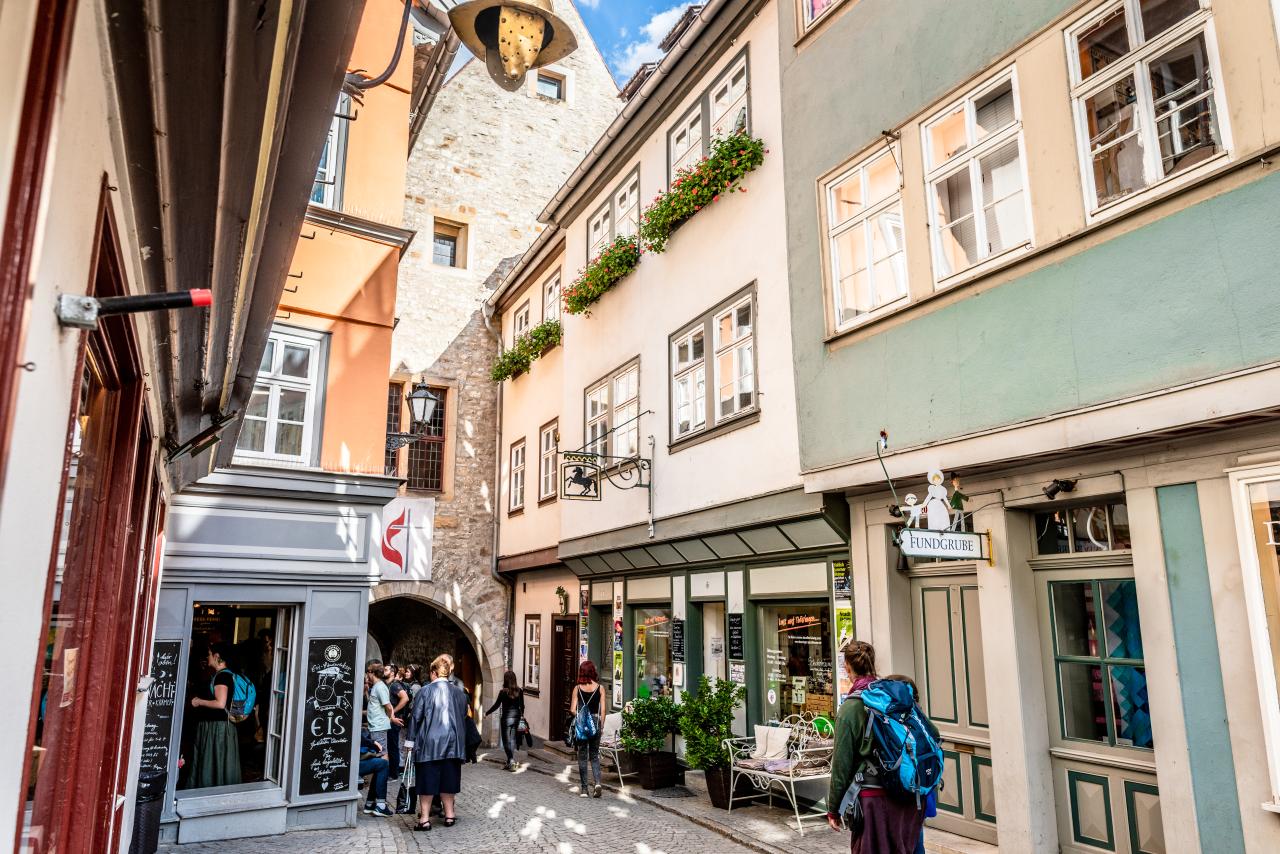 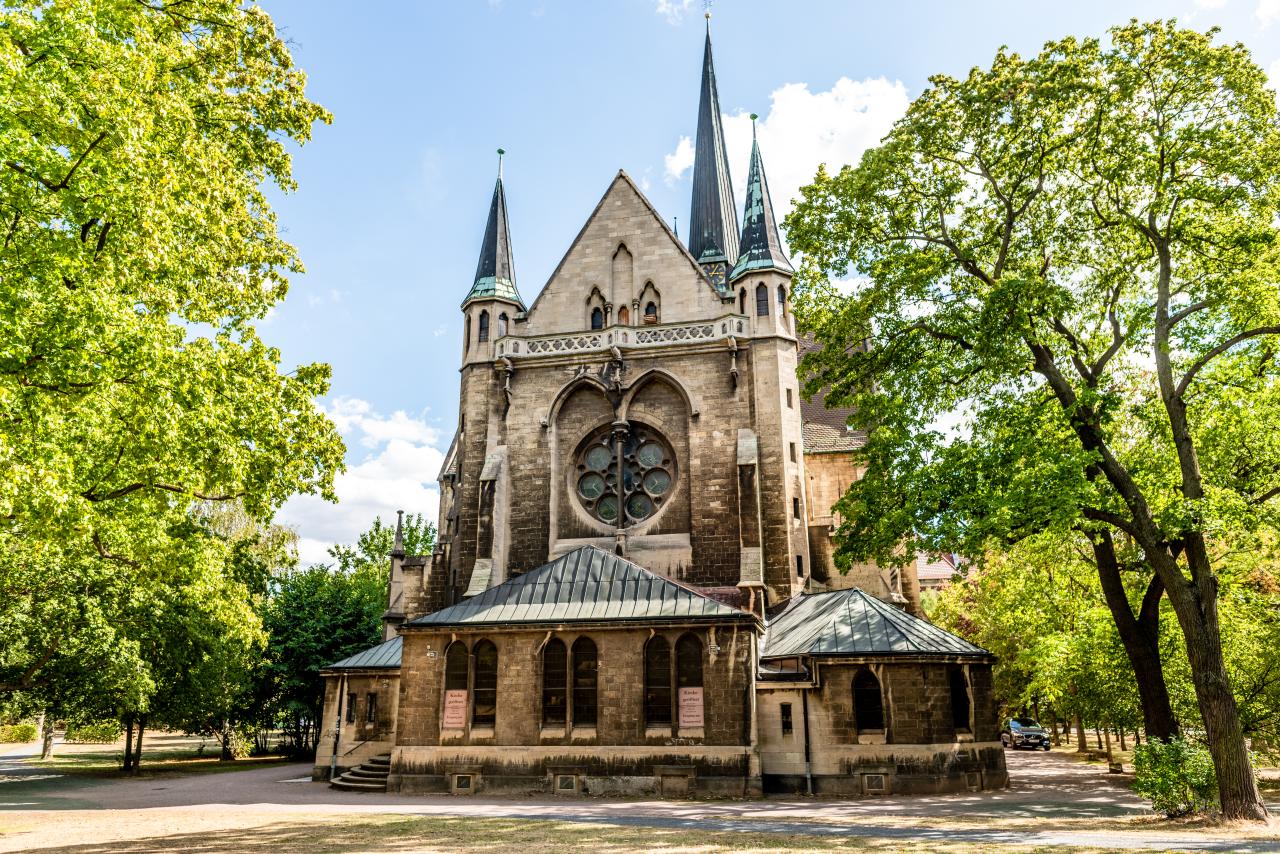 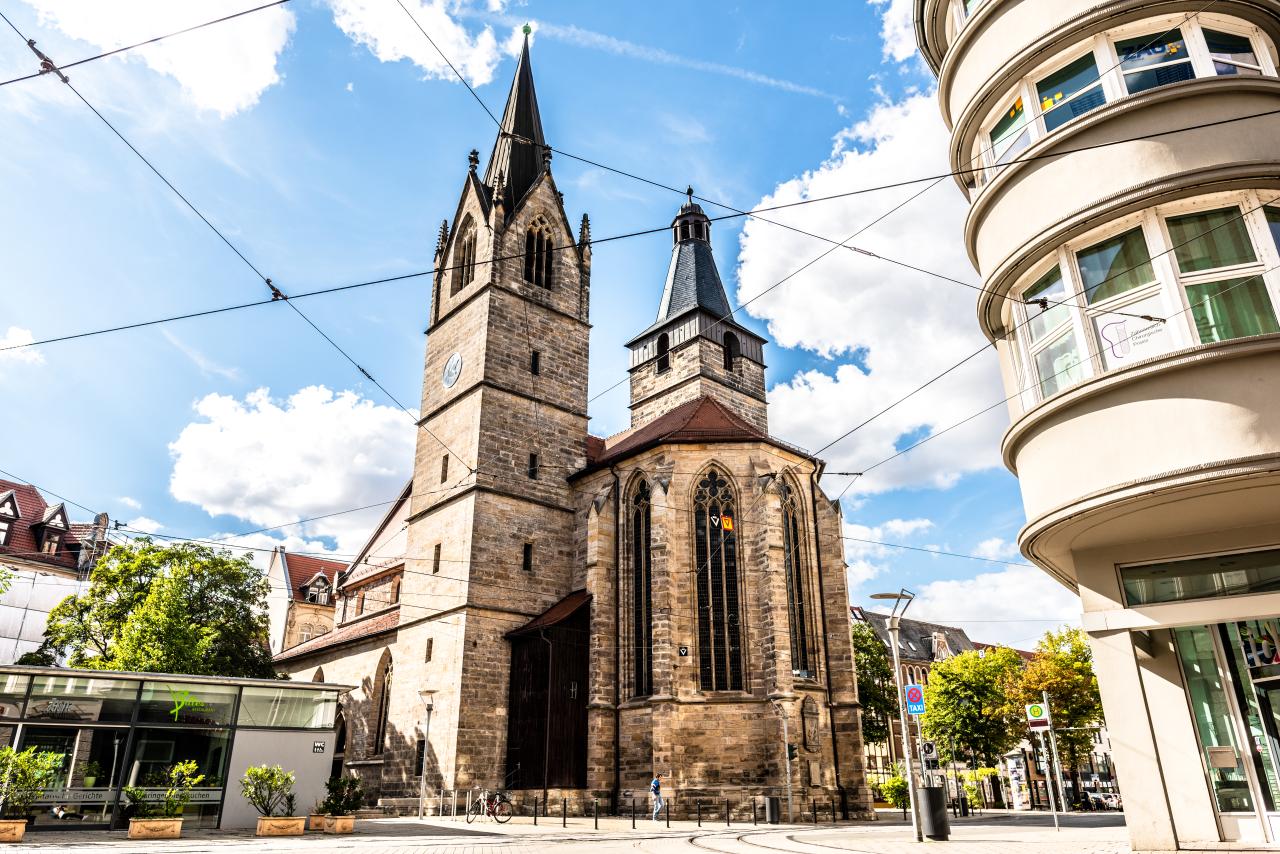 ​​​​​​​The city musicians’ duties included tower and watchmen’s service, blowing the horn for fanfares or chorales to mark the time of day, Sunday music for worship, and performing for private or public celebrations in the city. Music for special occasions such as the annual council inauguration was also the responsibility of the city musicians.

The Bach brothers Johann and Christoph performed at the Erfurt festival to celebrate the Peace of Westphalia. The Bachs became increasingly recognized for their musical abilities, as evidenced by their being granted special privileges such as the exemption from watchmen’s duty and compulsory labor. 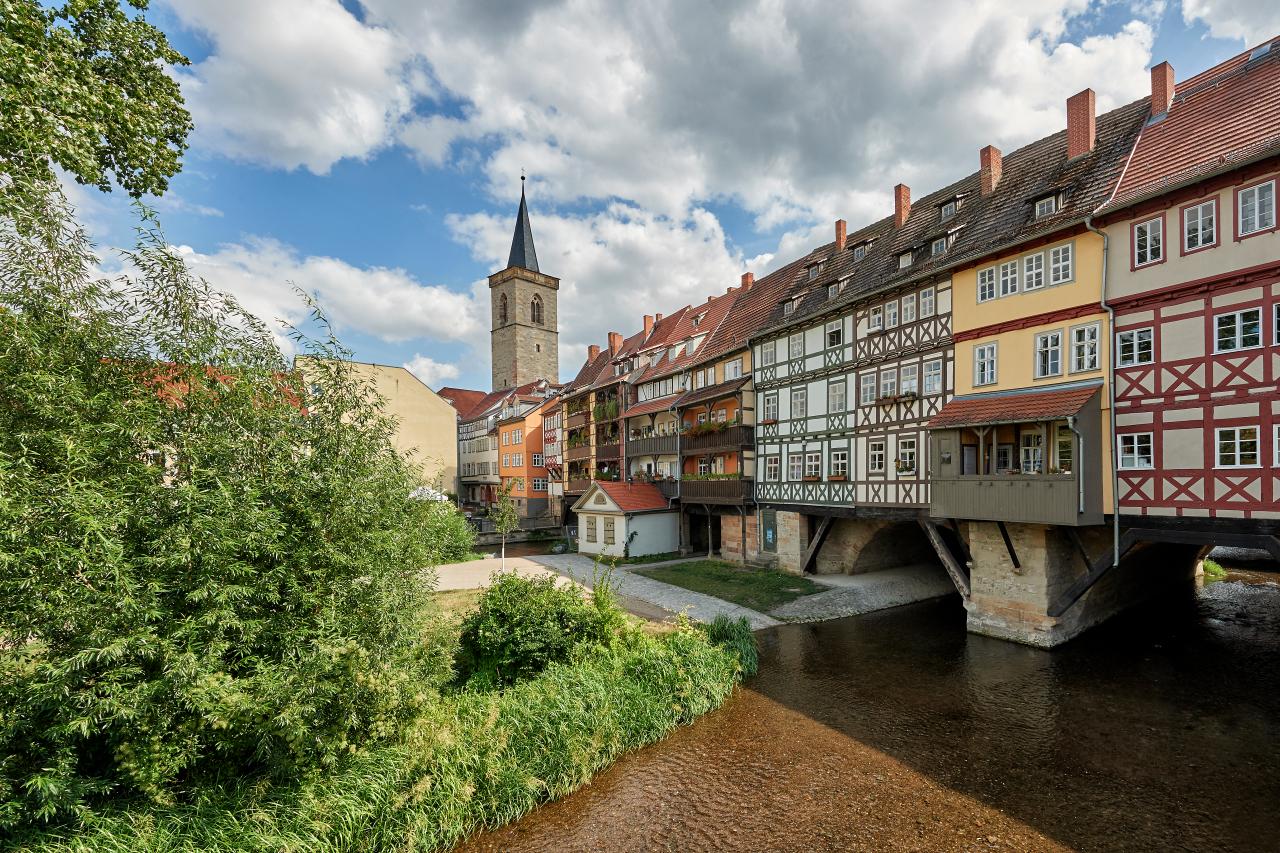 The Krämerbrücke is a medieval arch bridge in the city of Erfurt, with half timbred shops and houses on both sides.

Little is known today about the accomplishments of the city and council musicians. However, it is clear that they were in command of a number of different instruments, including the cornett, dulcian, bombard, crumhorn and trombone. The compositions and manuscripts are more commonly attributed to the organists and cantors in the family. The first musical compositions of the family preserved are by Johann Bach. They include the mourning aria “Weint nicht um meinen Tod”, a baroque allegory of earthly mortality meant to provide consolation and hope, especially during times of pestilence and the Thirty Years’ War.